Advertisement
Video > Daring Camerman Has Stand Off With Bear

Daring Camerman Has Stand Off With Bear 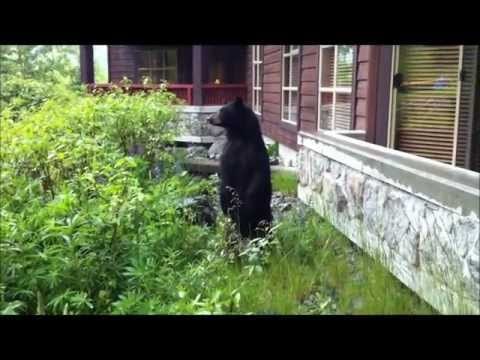 Most people immediately become terrified at the sighting of a bear, especially when it’s right outside the house. But not Mr. Jangzter. He saw a bear outside, and when he finally spotted it again, he seems almost excited. “Oh, there he is. Hey, bear. What’s up bear?”

Amazingly, at no point does the cameraman seem fazed by the fact that a powerful bear that could maul his face was just feet away. The two had a semi-dramatic stand off, each beast trying to bluff the other. Finally, he scared the bear away by running after it, screaming, “Run, bear, run!”

Do not try this at home.

*Thanks to Bill for keeping our editors on their toes!