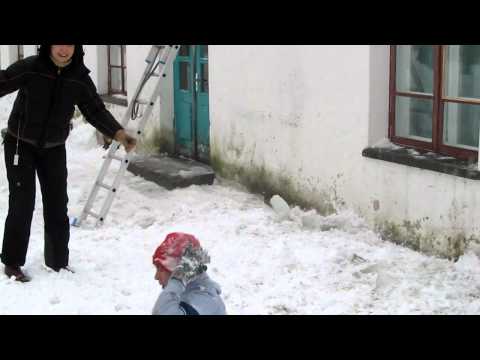 In much of the world, clearing snow off the roof of one’s home is a winter requirement. The far Eastern European country of Estonia is an example of such a place.

Last winter, Martin Oja recorded a man clearing snow off the roof only for the snow to fall all at once, like a mini-avalanche, and knock the man off the roof. Luckily, he was nearly consumed by the snow which actually broke his fall.

The video has over 1.2 million views, and is starting to trend again this winter after being featured by DailyPicks.