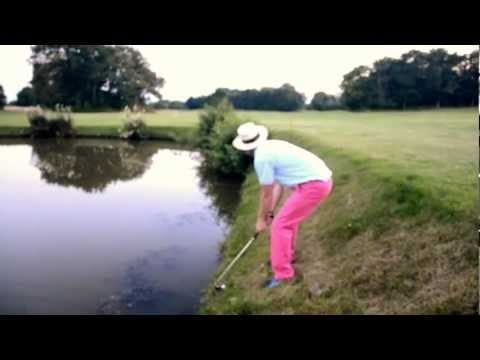 Mick and Bobbe are two friends who just went viral on YouTube. Last November, they posted this hilarious fail video that resulted after they finished off nine shots of polish vodka.

After a round, the ball landed just a few inches short of the pond, and was nearly impossible to hit. Wearing his pink pants and silly hat, Mick decided to go for it anyways, even if he had to swing backwards.

Naturally, the vodka caught up with him at just the wrong moment, leaving the ball perfectly in place with Mick landing in the pond with a great splash.