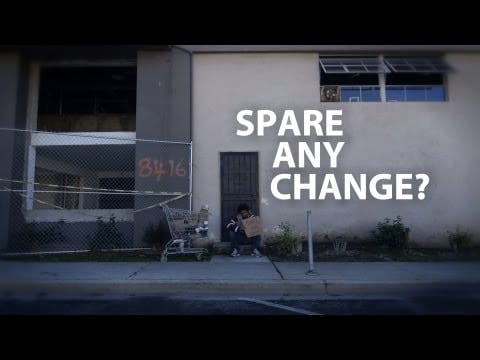 2013 is a strange time when homeless people with smart phones have become commonplace. And with technologies like Square, people have the once impossible ability to accept credit card transactions anywhere with just their smart phone.

And that got comedian John Elerick thinking. What kind of awkward, weird future awaits civilization when homeless people can ask for ‘spare change’ with the ability to accept credit card donations as well?

Spare Any Change? portrays such a world. And it’s a weird, weird place.

YouTuber Tim Francoeur simply describes the scene as, “The homeless person of the future.”