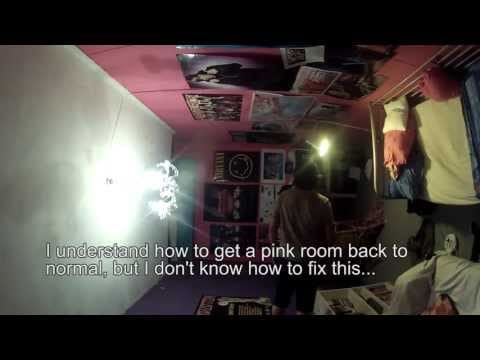 A year ago, Dutch YouTuber Tall Tales pranked his younger brother who was out of town, transforming his room into a pink little girl’s room. That video currently stands with over 4.4 million views.

Now that it’s a year later, the kind older brother thought it was fitting to prank his little bro again, even if he didn’t have a good excuse this time. To take things to the next level, he tilted his brother’s room 90 degrees on its side with the help of his friends. No small feat.

After the initial shock wore off, his little brother realized the predicament he was in. “I understand how to get a pink room back to normal, but I don’t know how to fix this…”