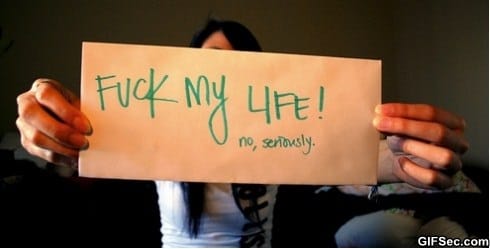 Today, I received a message on Facebook from a guy I’ve liked for a year. He asked me if I wanted to hang out, so I said yes. When I walked out to his car later on, he gave me a really confused look. Apparently I was on my brother’s Facebook, and he’d never logged out. FML