Dad Plays ‘We Have No Milk’ April Fools On Baby 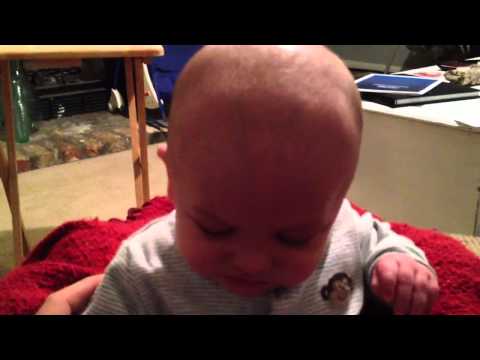 Jake32504 was enjoying a little one on one time with his son, Caleb when he decided to play a April Fools prank on him. Caleb was all smiles until dad told him the bad ‘news’–they were out of milk and formula. That information instantly sent Caleb into a crying fit, but he calmed down once he realized dad was just messing with him. The video is going viral after being featured on Reddit.