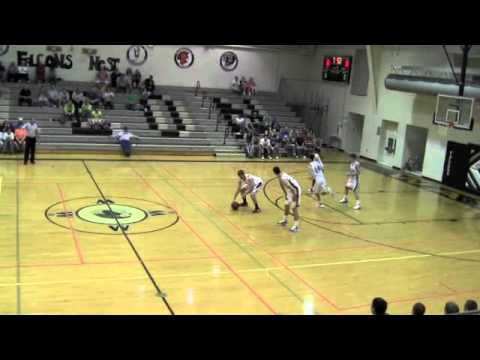 This Pride Of Iowa senior all star game scene has gone viral, amassing over one million view in just days, and being featured on HuffingtonPost, SportsGrid, and YouTubeTrends.

At the first play of the game, Collin Thomas caught the tip off, and set up a shotgun style play with his teammates, ‘snapping’ the ball to Bryce Carpenter. He then launched the ball for a seemingly short three, only for Van Haalen to catch the alley-oop and slam it in two-handed.