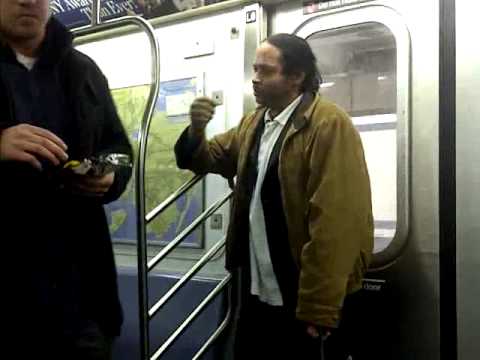 This video published on the 2nd just went viral now after being featured on Reddit. Fights breaking out on the NYC subway are nothing new, but what’s special about this case is the peacemaker.

A man and woman arguing on a 6 train began to get physical, and after a few pushes and kicks were thrown, ‘Snack Man’ just calmly walked in between the two and nonchalantly ate his Pringles. He didn’t touch them, talk to them, or even make eye contact. He just stood there and ate his snack, making NYC a little more peaceful, and bearable for the rest of us.