Anderson Cooper Gets The Giggles During RidicuList Dyngus Day Report 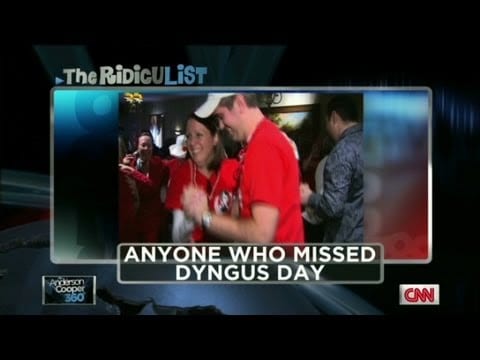 Anderson Cooper is one of CNN‘s most popular hosts for his honest, serious journalism, and for his fun, youthful flip side. And the fun side of his really crept out during his RidicuList report on Dyngus Day.

After the pre-recorded report ended with ‘Pussy willow’ at the 1:30 minute mark, Anderson completely lost it. At first, he tried his best to hold in a few giggles, but they soon poured out in adorable laughter. Under a fit of giggles, he even says referring to his laugh attack, ‘This is so stupid.’