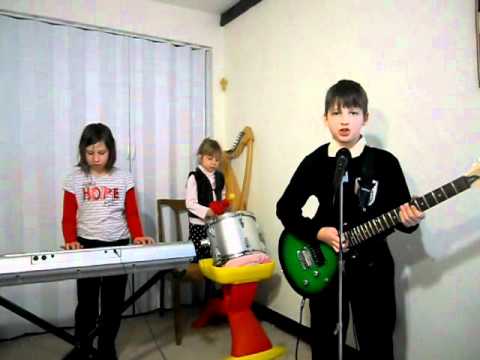 German rock band Rammstein isn’t what most would consider children’s music, but the Children Medieval Band aren’t most children.

The band consists of older brother Stefan and his two younger sisters. Together, the three perform a spot on cover of Sonne by Rammstein. Check out five year old Cornelia on the drums.

The video from March just exploded now, amassing 300,000 views in the past couple days and being featured on , ImperfectParent, and BoingBoing.