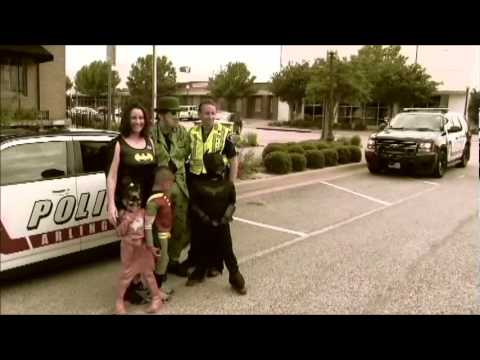 Over the weekend, the Arlington Police Department in Texas worked with A Wish with Wings to help make one very sick little boy’s dreams come true. Seven year old Kye has leukemia, and it was his wish to be Batman and stop crime.

The APD and AFD set up an entire day of Batman crime fighting, complete with the Joker and Riddler. After Kye, and his much bigger Batman helper, captured the two crooks, Kye the hero was interviewed for TV, and was even given a special ceremony by the chief of police. The video is covered on BlameItOnTheVoices and HuffingtonPost.