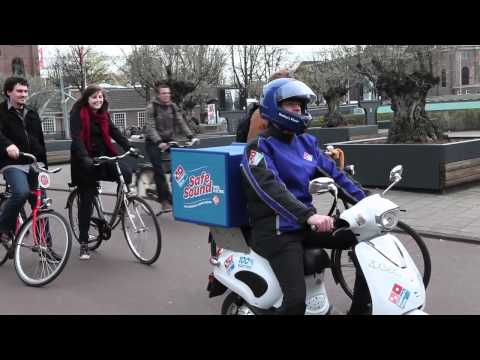 EV’s, or electric vehicles, are great for your pocket book as well as the environment, but there are some down sides. One particular problem is sound. Or lack thereof.

Engineers didn’t realize that engine noise is actually safer for pedestrians, as they can hear oncoming traffic. But many EV’s are completely silent. To combat this, now most EV’s are actually equipped with speakers on the outside of the car.

Domino’s Pizza in the Netherlands took things to another level. Since they wanted their delivery scooters to be extra safe, they added a fake engine sounds. But they aren’t your typical engine sounds. No, they added Domino’s themed sounds. Just take a listen. Now that’s creative.