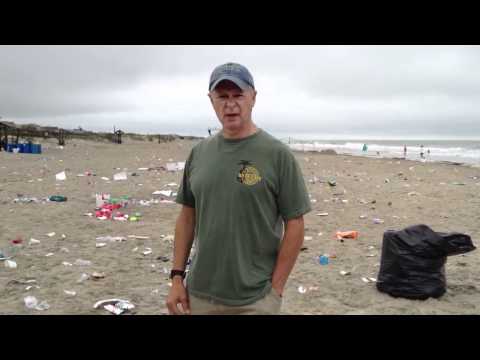 The unofficial spring break college festival, commonly referred to as Orange Crush, was held on Tybee Beach over the weekend, right outside of Savannah. But residents aren’t in the party mood after the beach was left in an utter mess, covered in litter and trash.

Tony Abruzzio explains in this video that has gone viral over the weekend how their neighborhood beach was nearly transformed into a landfill in just one day. The video is covered by .