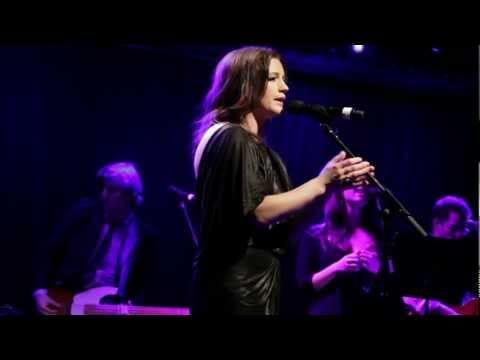 Broadway actress Carrie Manolakos has made a big name for herself on the Internet recently. Her knock-out performance of Creep by Radiohead during a recent show at Le Poisson Rouge in Greenwich Village went viral.

Now the two week old video stands with over 285,000 views, and is featured on MSN, YouTubeTrends, TheFW, Gawker, and Blippit.