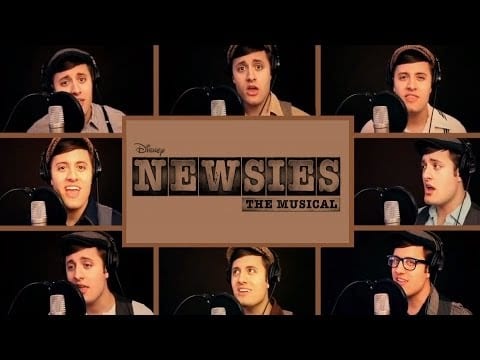 Disney’s Newsies is considered by most fans as one of their best musicals, and Nick Pitera feels the similarly. “Newsies was one of my favorite movies as a kid,” says the popular YouTube Disney medley master.

Now that Newsies has been adapted for Broadway, Nick made this epic medley in tribute. As usual, he knocks it outta the park!