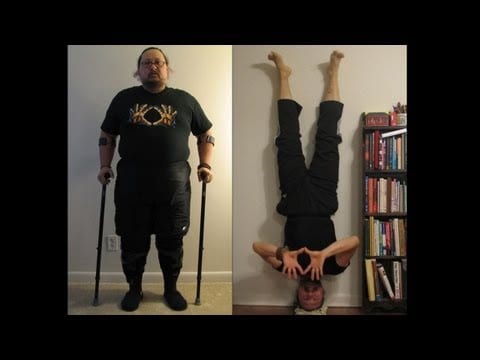 For fifteen years, doctors told Arthur Boorman he would never be able to walk again. Arthur was a paratrooper in the Gulf War, but after so many jumps, he blew out his back and knees.

For fifteen years he couldn’t walk, and started packing on the depression pounds. But one day he found a yoga system he thought he could give a try. The instructors at Diamond Dallas Yoga were moved by Arthur’s story, and agreed to work with him.

In just one year, Arthur transformed his life and even shocked his yoga instructors. The four day old video already has over 100,000 views, and is featured on and Reddit.