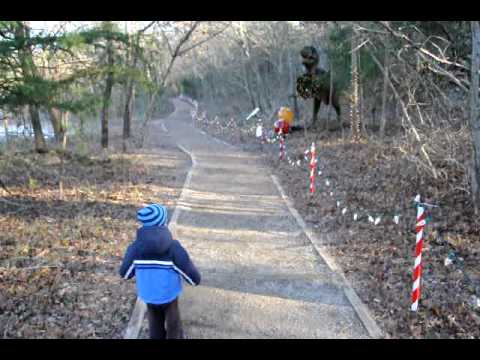 This adorable video from 2009 only went viral over the weekend, already amassing 60,000 views, and is featured on TastefullyO, TheHighDef, MPViral, and DailPicks.

Zach’s parents know he loves dinosaurs, but admit, “he has never seen one bigger than himself.” When they took him to a robot dinosaur park at the tender age of two-and-a-half, Zach froze at the sight of the monstrous T-Rex.

Finally, after much contemplation, Zach screams, “Run! Run!” and proceeds to run at full two-and-a-half speed in the opposite direction.