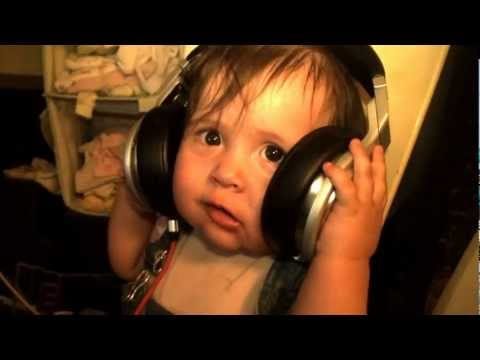 When he takes away the headphones, his daughter cries until they are given back. She even tries her baby-best to sing along. Her performance isn’t winning an Emmy, but it’s so darn cute, it hurts.

The video is getting a kick start on the blog0-sphere after being featured on SayOMG.