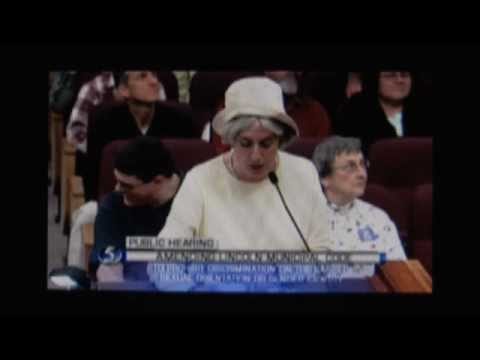 At public hearing in Lincoln, Nebraska, this crazy religious woman went on a truly deranged and obsessive rant against the LGBT community, and the proposed gay protection ordinance.

This only helps the gay movement. Does anyone really want to be on this woman’s side of the issue? At least the guy behind her knows she’s nuts.

The video is going viral after being featured on TowelRoad.