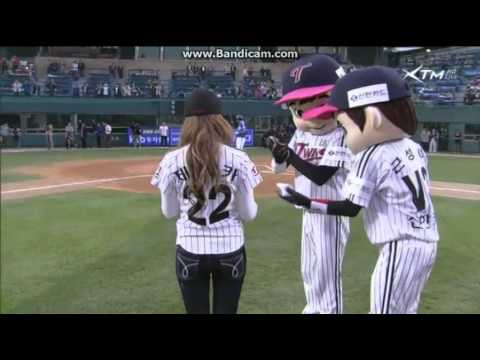 Throwing the first pitch is an honor given out to a special guest at nearly all baseball games. And the first pitch honor at a recent LG vs Samsung game in South Korea was given to a very special young lady, Jessica from Korean girl pop group SNSD.

It was even more special because she officially became the world’s worst pitcher in the world. Just check out her ‘pitch’ after the long minute build up.

The video went viral over the weekend, amassing over 200,000 views, and is even featured on DeadSpin, SportsGrid, and MPViral.