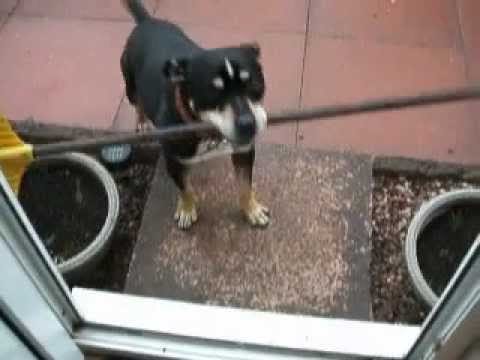 This video published by MartinMoseleyVisions is making the rounds on the blogosphere after being featured by SayOMG and .

Max the dog found a great stick, but when holding it horizontally in his mouth, he can’t seem to get through the doorway to the house. Going in circles and retrying over and over seems to be his only plan.

As his owner says, “He is the most lovable dog in the world, he just lacks some basic intelligence!”