Advertisement
Video > Justin Bieber Surprises Fan At Her Prom, Asking Her Out To Billboard Awards Via Video

Justin Bieber Surprises Fan At Her Prom, Asking Her Out To Billboard Awards Via Video 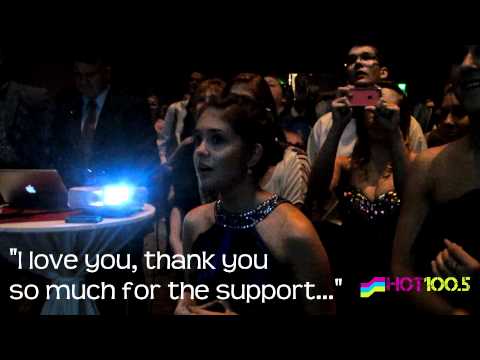 Like so many girls around the world, Cady dreamed of going to prom with the one and only Justin Bieber. She even made a YouTube video asking the superstar out.

With the help from Hot 100.5 Radio, Cady is actually getting a much bigger surprise. At her prom, they worked with Bieber to play a special message from him to her. Instead of going to prom with her, he offered to take her to the upcoming Billboard Awards.

The video is going viral after being featured on BuzzFeed, HuffingtonPost, and BlameItOnTheVoices.