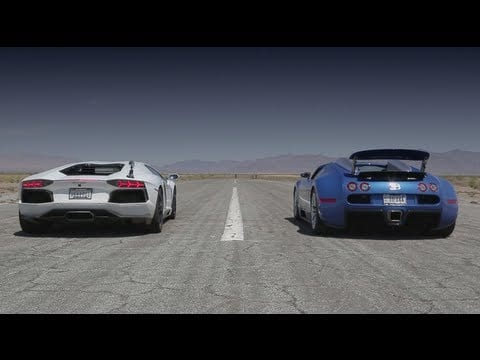 This week old video by Motor Trend has been particularly popular, and stands with over 1.75 million views. The video is also featured on TopSpeed, AutoNewsWorld, and MostWatchedToday.

Motor Trend got their hands on some of the hottest, and most expensive cars in the world. They put the Bugatti Veyron, Lamborghini Aventador, Lexus LFA, and McLaren MP4-12C all up in an epic head to head drag race tournament.