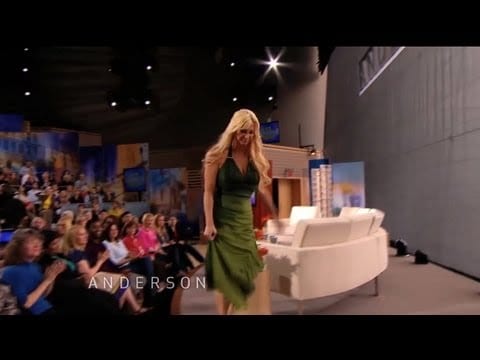 Anderson Cooper’s new show Anderson hasn’t been doing to great in the ratings lately, but that all changed after a clip from Tuesday’s show went viral.

Cooper had Sarah Burge as a guest, a British woman who proclaims herself the ‘human Barbie,’ and even gave her seven year old daughter vouchers for plastic surgery when she turns 18.

After a short questioning, Anderson said, “I honestly have nothing more to talk to you about. I gotta just stop… You’re dreadful.”

The new video already has over 385,000 hits, and is covered on HuffingtonPost, Buzzfeed, and ENews.

Afterwards, Anderson said, “I regret having her on.”