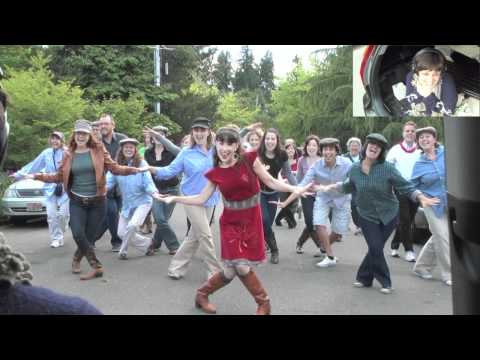 Isaac knew he wanted to propose to his girlfriend in a special way. But how? After great contemplation, hard work, and organizing with family and friends, he had his answer. Live lip dub.

Isaac’s brother set up the bride to be in the back of their CRV and had her wear headphones playing Gonna Marry You by Bruno Mars. Then, with the car rolling down the street, an entire magical lip dub performance unfolded.

Of course she said yes. The video has become a viral sensation, and is featured on Slate, Reddit, DailyPicks, and HuffingtonPost.