Advertisement
Video > Sea Lion Gets Up Close And Personal With Kayakers

Sea Lion Gets Up Close And Personal With Kayakers 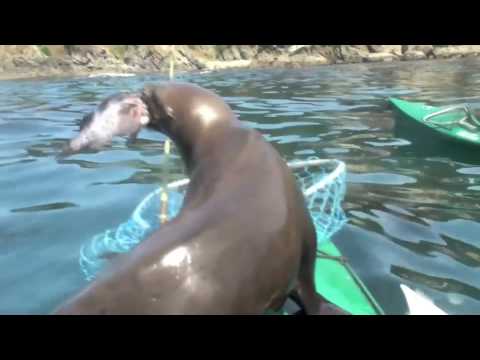 While kayaking off the coast of Sonoma in Northern California, MrNeska and his friends had a close encounter with a hungry sea lion.

The video is titled Sea Lion Attacks Kayakers, but really the water dog just wanted some of their yummy fish they had caught. One kayaker even responds to the sea lion stealing one of their fish with, ‘Bad dog!”

The older video from 2009 has recently resurfaced, and is now featured on DailyPicks and VideoSift.