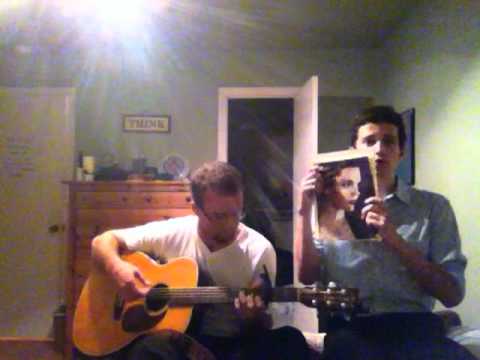 It’s no secret that Emma Watson is a fan favorite from the ultra popular Harry Potter series. And even though the films are finally completed, the true fans aren’t channeling their love towards the next Hollywood crush. They’re happy with their crush, Hermi, er, Emma Watson.

John Ohearne and Michael Williams are two such examples of true Emma Watson fans. After all the glitz and excitement of the films and books faded, the musical duo of The Bus Kings have decided to announce their love for Emma in this original ‘John Mayer style’ love song, titled A Spellbinding Love.