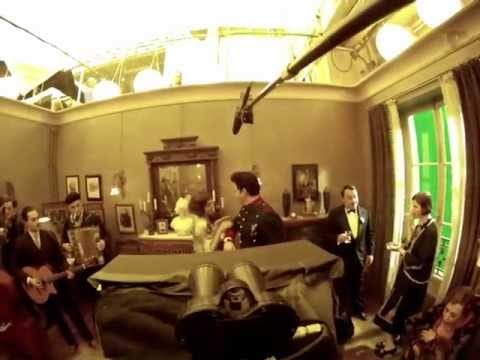 During the filming of Hugo, cameraman Larry McConkey attached a GoPro camera to his rig and captured this amazing behind the scenes footage during a single take Steadicam scene. You can really see how much more difficult a single take scene is compared to a traditional one with numerous cuts. Read more on FreshDV.