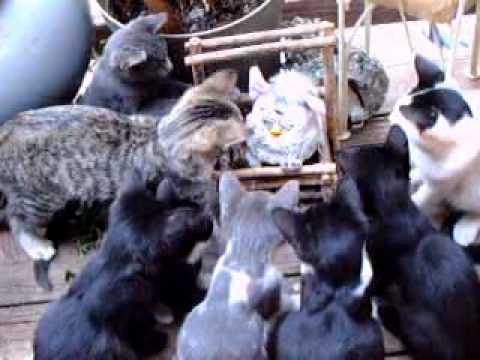 Most toys aren’t worthy of much attention by pets, but Furby isn’t your average toy. The strange talking stuffed alien robot toy is such an oddity, Akamia247 caught footage of a group of kittens surrounding a Furby. For nearly three minutes, the felines seem utterly confused and bewildered as seen in this video featured on SayOMG.