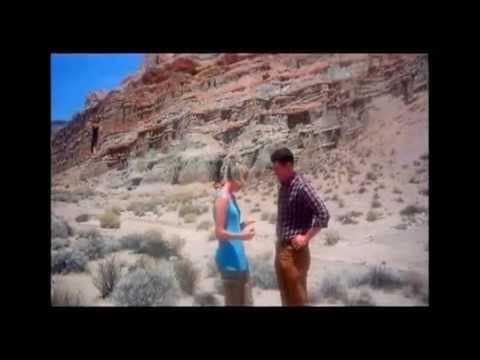 Paleeoguy and his girlfriend are both paleontologists, and, unsurprisingly, love Jurassic Park. As a fun vacation, he surprised his girl with a trip to the original filming location for the excavation scene at the beginning of Jurassic Park, fictitiously named Snakewater, Montana.

Once finally there, he convinced her to reenact the “annoying kid” scene on camera. She had no idea he had much more planned.

Of course, she said yes. The adorably nerdy proposal video just went viral this week, and is covered on Vulture, Neatorama, Guyism, and MarySue.