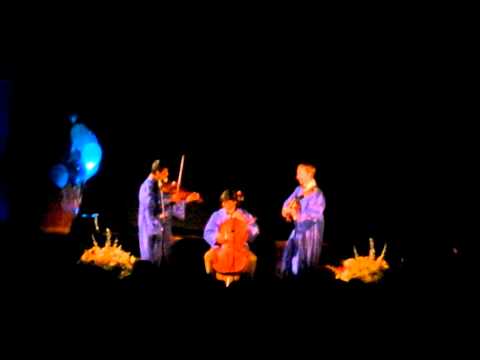 High school band  of North Penn High School performed a very special medley, titled Circle Of Life, for their graduating class during the end of the year wrap up Reflections program.

For twelve enjoyable minutes, they played a special twelve pop song medley, one from each year that they were in school.

After opening with the Lion King’s Circle Of Life, they started with 1999 and The Backstreet Boys’ I Want It That Way, and continued through 2003 with Outcast’s Hey Yea, and wrapped it all up with the 2000 Vitamin C hit, Graduation Song Friends Forever.

You know you’re doing something right when the audience immediately started singing along.

Update 6/16: Better video has been released.