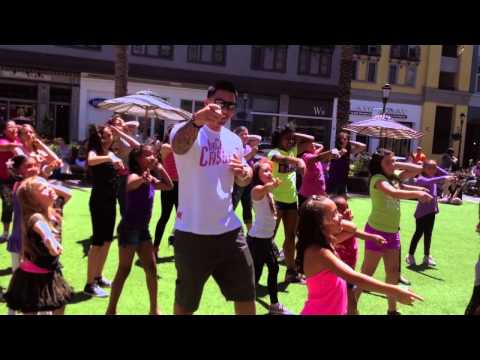 As a fun way to propose to his long time girlfriend Tina, Danny set up for a large group of little girls to throw a flash mob dance by the upscale Santana Row complex in San Jose, California that they would just happen to run into.

Tina didn’t even realize it was for her while watching, and recorded the dance with her iPhone like everyone else in the large crowd.

Finally, their friend Sithicent caught the scene when Danny pulled Tina into the center and proposed; but not without a very real scare for Danny! Of course, she said yes.