Floating Cup Magic Trick At The Drive Thru Part 3 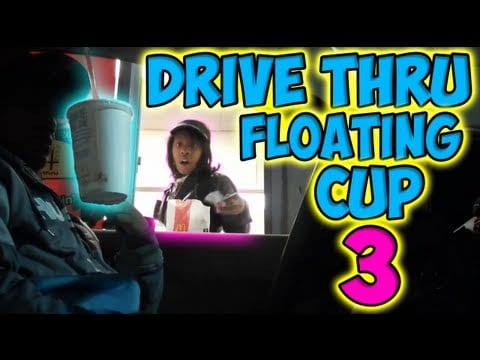 Even though this is the third installment in his Floating Cup At The Drive-Thru series, comedian, prankster, and online magician MagicofRahat received the best responses so far from both his prank victims and online viewers.

After being handed his drink at a McDonald’s drive-thru, Rahat used his tricks to make it seem that the cup was literally floating in the middle of the car. The obvious trick works wonders on the employees who react very seriously in shock, fear, and awe.