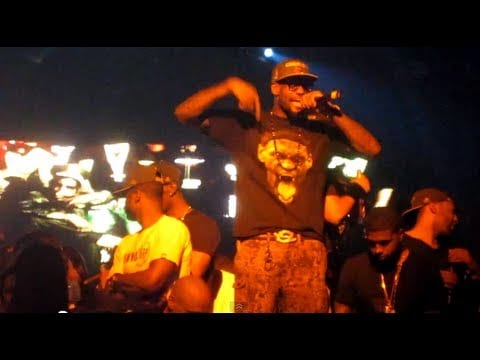 After winning the NBA Title, Lebron James, Dwyane Wade, and Chris Bosh were caught on camera at an LMFAO concert after party. Wearing a vampire LeBron t-shirt, the 2012 MVP dropped a few rhymes and flexed his muscles on stage for adoring fans.

The video published by steveberkecomedy, is featured on TheDailyWhat, BroBible, and WashingtonPost.