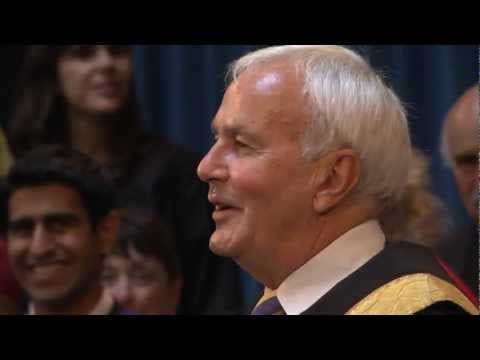 Chancellor David R. Peterson‘s term at the University of Toronto will come to an end on June 30, 2012 after serving for six years.

The Chancellor was obviously dearly cherished by the University as when he was about to speak at the convocation ceremony, a flash mob erupted. Students from the Faculty of Music burst into Swing Low, Sweet Chariot, and quickly the entire auditorium was singing and clapping along.

David Peterson was obviously touched as he shed a tear during the performance with his best poker face. He opened his speech with, “I’ve changed my mind, I’m not leaving.”

The video is featured on YouTubeTrends.