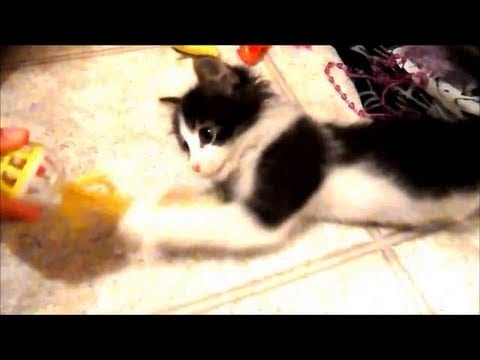 What’s cuter than a kitten? How about a precious one born with no hind legs? His owners named him after Anakin Skywalker who just so happened to have his limbs cut off and become the most powerful dark Sith ever.

So best to not tease Ani with the ball and feather and just let him have it before he gets too angry and starts Force-choking people.

The adorable video published two weeks ago by Tigerpixie now stands with 200,000 hits, and is featured on TheSun.