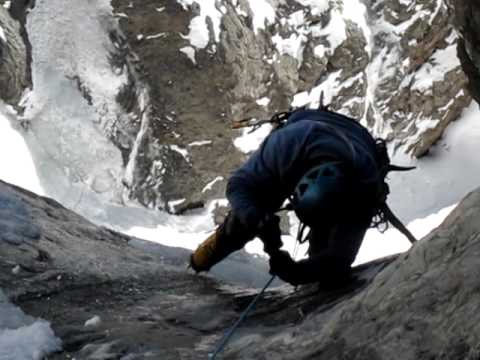 This month old video published by irishpatrick6 just went viral after being featured on Reddit. While ice mountain hiking at Kennedy’s Gully in the Ouray Ice Park, Colorado, the last man got stuck on a tricky spot.

He only had minimal security, so if he fell, it wouldn’t be the end, but it would definitely be a bad time. Thankfully, he stopped just before the ice gave way, and his two team members above just strapped him in time to catch him when he fell.

The video is also featured on Guyism, Buzzfeed, StuffIStole, and DailyPicks.