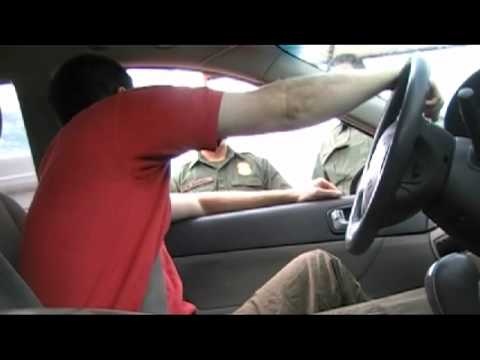 America’s illegal immigration problem is a politically polarizing issue, but most would agree that stopping everyone at mulitiple check points and checking if every person is a US citizen is the not answer.

And Tempe, Arizona Pastor  is one of those who would agree. He was stopped multiple times in long lines on the freeway while driving through Arizona, and was plain old fed up with his rights being stomped on.

When he was stopped and asked if he was a US citizen, he simply answered, “That’s my business.” When he was threatened with detainment and asked to pull over for further investigation, he simply said, “No, thanks, I would like to go now.”

He repeated this tactic twice on camera with two supervisors, both who eventually allowed him through with no ID check, besides for a license plate check. Probably because Steven is correct.

This man wins the Randy Marsh award for patriotism on the Internet today.