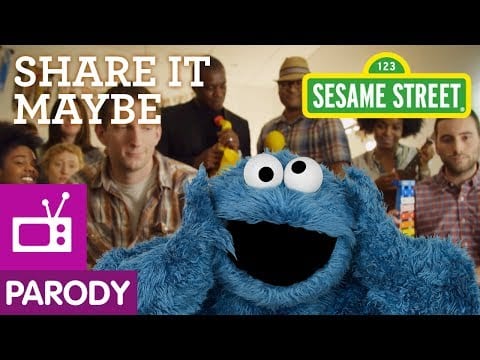 This isn’t the first time Sesame Street has incorporated pop culture into their programming. They went viral a while back spoofing the television show True Blood and with a Grover spoof of the Old Spice commercial.

This time, it’s everyone’s favorite junk food monster who sings Share It Maybe about cookies in this Call Me Maybe parody.

The video has become an overnight viral success, and is already featured on TheDailyWhat, LaughingSquid, Mashable, and Gothamist.