The Dark Knight And 60’s Robin 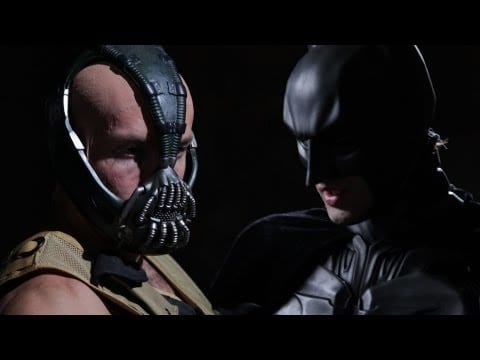 The Batman franchise has really evolved over time. Most kids these days wouldn’t even recognize the slapstick-esque original Batman television series from the 60’s.

As a humorous juxtaposition, comedy channel AboveAverageNetwork paired up the current very dark and mysterious Dark Knight version of Batman with the goofy, and very soft Robin side kick from the 60’s. Together, they don’t make the best of teams to take on the terrible Bane.