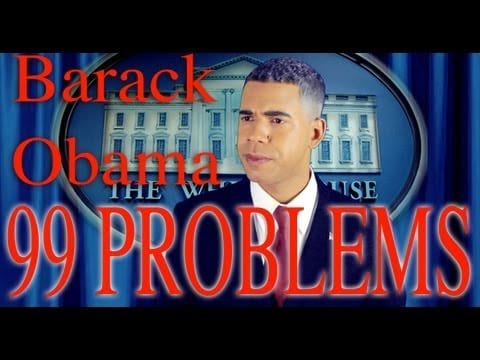 The Internet’s original Barack Obama imitator Alpha Cat has been seemingly hiding under the carpet for awhile, but he’s back with another great Obama imitation song parody.

“Campaign problems? I feel bad for you son. I got 99 problems, but Mitt ain’t one!”