How Far Will You Go For A Free Vending Machine Snack 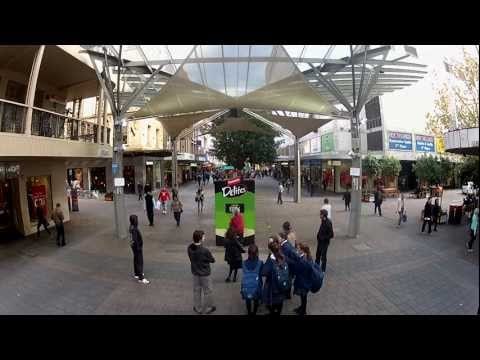 Every vending machine around the world operates under the same guidelines. The user deposits some form of currency, and the machine then drops the requested item.

But Australian snack food company Fantastic Snacks wanted to try a different kind of vending machine for their fans to get their hands on a Delites snack. One that doesn’t require currency, but rather, user participation to receive a free snack.

The resulting machine, dubbed Delite-o-matic, acts more like an arcade game than a vending machine. As the people ‘won’ more and more games, the machine exponentially raised the stakes.

Soon, the machine had people pressing a button 5,000 consecutive times, or even breaking out in dance in front of a crowded town square.

The video is featured on PSFK and DesignTaxi.