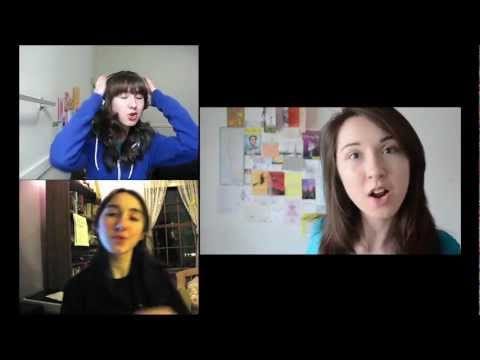 Like everyone was doing back in 2006 during the birth of YouTube, Alex Dainis recorded a lip sync video. She was 17 and loved Aaron Carter’s Aaron’s Party. She did it again three years later, and again now.

She put all three of her performances together in a video “six years in the making” that has gone viral, and is featured on LaughingSquid, HuffingtonPost, and .