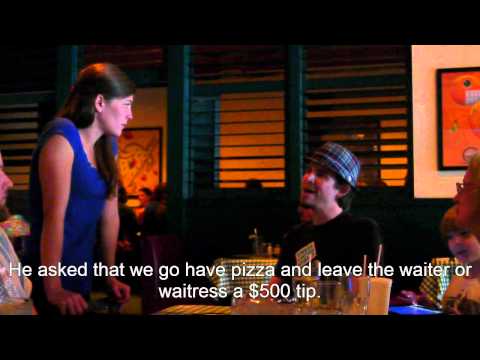 Seth Collins‘ brother Aaron passed away just last week on the 7th. He was never a rich man, but his final wish was that the family go out for dinner and give an outrageously generous $500 tip.

The family created the website AaronCollins.org to gather donations for the large tip, and when they reached their mark three days later, they went out for dinner.

The waitress who received the gift was in such shock, she could barely express her gratitude.

Now, the video has gone viral, being viewed more than 625,000 times in just two days. The donations are continuing to come in, and Seth has announced for each $500 donated, they will repeat the random act of kindness.

The story is featured on YahooNews, HuffPost, and NYDailyNews.