Conversation With My 12 Year Old Self Star Wars Parody 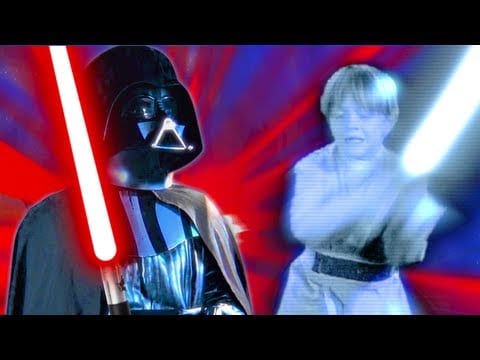 In just ten short days, Jeremiah‘s  “Conversation With My 12 Year Old Self” viral video sensation has been viewed more than seven million times.

Now, New York based comedy group DrCoolSex has created an adorably nerdy Star Wars themed parody of the famous viral video with Darth Vader in place of Jeremiah having a conversation with his twelve year old Anakin self.