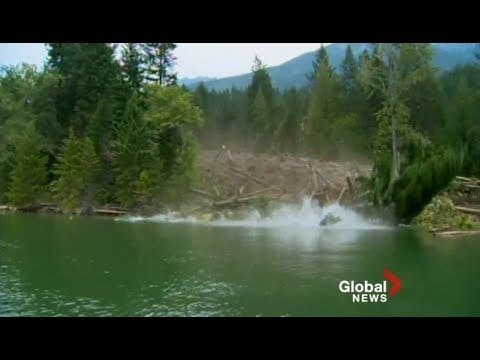 Over the weekend, Francis Silvaggio and his crew of Canadian news channel  were taping at Johnsons Landing in British Columbia when they accidentally caught a terrifying act of Mother Nature on camera.

A mudslide of avalanche proportions began out of nowhere, bringing down enormous trees as if they were simple weeds. One boat was just narrowly missed by the massive debris.

Afterwards, Francis commented in disbelief, “Five minutes ago we were there,” referring the area where the mudslide hit.