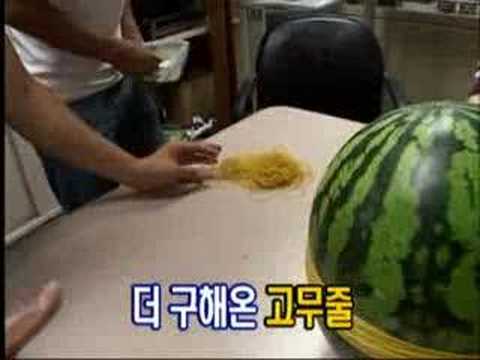 This relatively ancient video from 2008 went unseen for four long years only to go hyper viral this month. Now, in just two short weeks, the video has garnered more than two million hits.

Apparently, there’s a myth in Japan if you wrap a watermelon with 50 rubber bands, it will explode. These guys wanted to test the myth so they grabbed a huge bag of bands and started wrapping.

After 500 rubber bands, the melon suddenly exploded, launching its sugary goodness everywhere. The newly viral video is now featured on BuzzFeed, HuffingtonPost, and LaughinSquid, and Reddit.