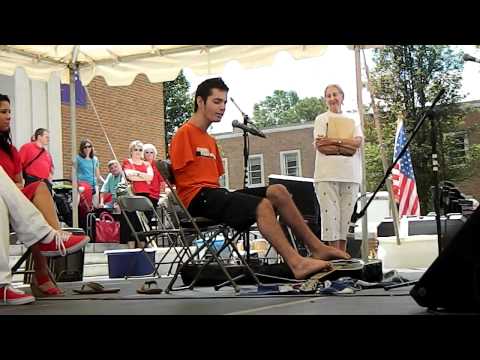 George Dennehy is like all other musicians in the world. He loves music and wants to make people happy with talent. But one thing separates him for his guitar playing peers. He has no arms.

But that didn’t stop him from following his dreams, and he now plays guitar with his feet. And he’s pretty good too.

His performance of Iris by The Goo Goo Dolls at the Strawberry Faire last June has just gone viral now after being featured on Reddit.