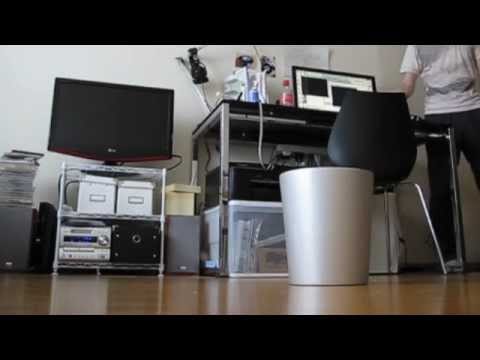 It’s an old cliche in Hollywood for a character to be in a typing montage with their back to the camera. Often, they will crumple up their work and toss the paper wad over their shoulder and miss the trash can.

But now Japanese YouTuber minokur‘s invention will make cleaning up paper wads a thing of the past. He invented a ‘smart’ trash can. The can is on wheels with sensors galore that can track an incoming object in just a moment and can move to the correct space to catch the projectile.

The video was published over the weekend, and now impressively stands with over one million views. The video is featured on EnGadget, HackADay, and DesignTaxi.